One to One Coaching

The best investments you'll ever make in yourself. 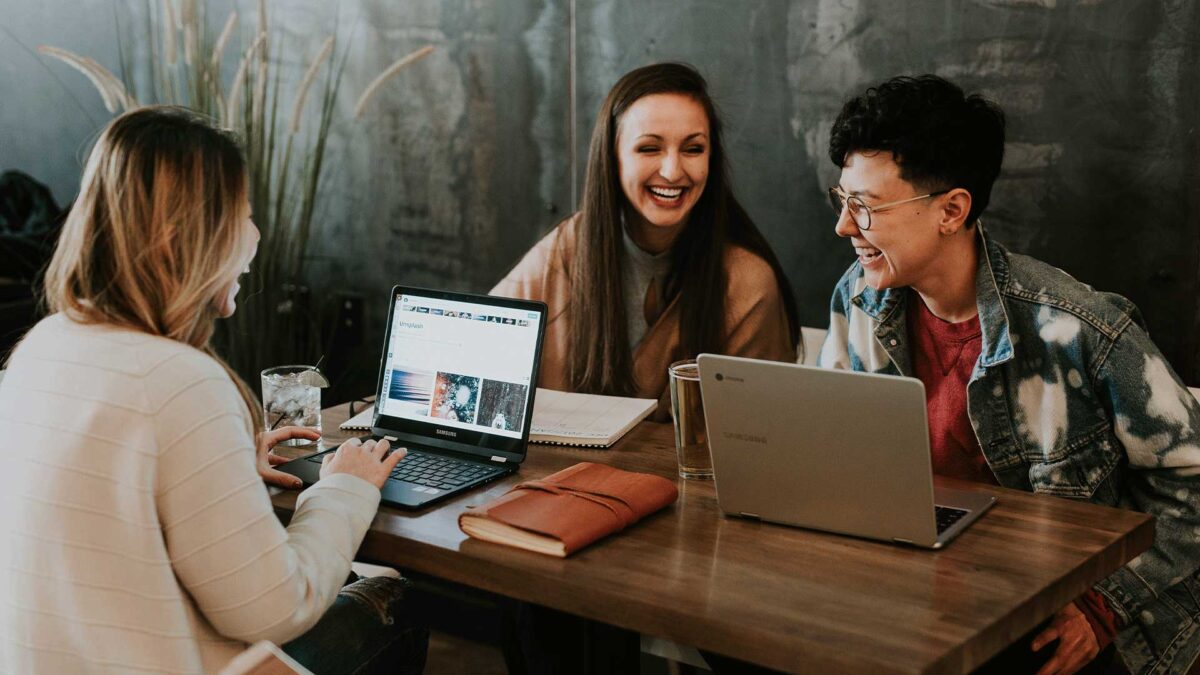 Your Health IS Your Wealth. Plain and Simple

Having seen proof of the enormous power of healing ‘unseen’ body and mind connections – and how even the smallest change can impact every part of our lives for the better – I quit my job.

We ALL Think We’re Invincible.

I’ve heard people say this in the past, but it didn’t really mean much to me until June of 2017.

In the circles we walk, there aren’t many of us who haven’t experienced someone being fine one day – and gone the next. The unexpected slap in the face of ‘mortality’. One that, for a time, has us saying things like “you just never know the minute” or “maybe I should get that checked out”.

But it doesn’t stick. Before long, our old ‘it will never happen to me’ screensaver pops up again.

Mortality never really hits home until it’s someone close to you. Someone you love. Someone you see every day. When ‘out of sight, out of mind’ doesn’t exist.

Just When You Think ‘Everything is Normal’ – Boom!

We were just a little over two years of our Australian dream. First home here, travel plans galore. Life was good. Really good.

I got the usual little ‘check-in phone call’ from my husband.

He told me he was struggling that afternoon and had the most terrible headache that came out of nowhere. All of his team were heading out that night, so he had popped a couple of paracetamols and would see me that evening (or early morning) when he rolled in.

The following morning Ian was really ill. Horrendous headache, violently sick and was unsteady on his feet. “You’ll get no sympathy from me, babe, it’s self-inflicted,” I said, putting it down to him drinking far too much.

The next day, there was still no change. In fact, things had gotten a lot worse.

He was dizzy – the headaches were unbearable – he had ringing in his ears – and was constantly being sick. The only place he felt comfortable was laid completely flat.

Now, I was starting to get worried! We visited the doctor and immediately began the process of elimination.

It went from a sinus infection, to migraines, to stress related. Ian was now suffering from extreme tinnitus, vertigo, double vision, blurred vision and, worst of all, crippling headaches.

It was messy, and the symptoms intensified whenever he sat or stood upright.

Then came the CT scans and MRI scans. We were passed from pillar to post. No-one knew what was wrong with him.

Ian was taking up to twelve panadol a day (five times over the recommended dosage). The pain consumed him, it took everything he had to simply deal with himself, just to stay upright and to function.

Seeing the one you love in chronic pain is the most heartbreaking thing in the world. I felt completely helpless. After four months, we finally got a diagnosis.

Ian had a rare condition known as intracranial hypertension / or a spontaneous cerebral spinal fluid leak. Basically, he had a tear in his dura mater, a thick membrane made of dense connective tissue that surrounds the brain and spinal cord.

The fluid was draining from around his brain, pulling it into the base of his skull.

I remember our relief when we finally had a diagnosis, “finally, we can get this fixed”. This was short lived as they began to share that when you’re 6’3” (I knew there was a downside to marrying a tall, handsome man) and have a spontaneous leak somewhere along your very long spine, combined with a rare condition that is still ‘not that well-known’ and treatment is in its infancy, we knew we weren’t in for an easy ride.

The weeks ticked by and all I could do was love him and take on the tasks he was no longer able to do. We cancelled holidays and social events, my job now was to become a full-time researcher and rottweiler, leaving no stone unturned and no specialist untouched.

I would do anything to help him! Over the next eight months, he underwent four failed blood patches, taking blood from his arm and injected into the spinal column. We changed his diet, got him on a range of supplements.

He also began meditating to help mentally deal with the pain, when eventually we came across a Facebook group called ‘Leakers Down Under’, I kid you not!

On this group, Ian connected with people who understood 100% what he was going through.

They made suggestions for remedies which helped, like dandelion tea which suppresses the production of CSF and eased the headaches. It was through this group we were finally introduced to the specialist that changed everything.

Ian was the first person to undergo a new approach being practiced in the USA. It was extremely invasive and stressful, and, finally, they found the leak site which lead to full spinal surgery in February 2018.

I don’t think I was fully prepared for the surgery or what to expect. I’ve been lucky enough to not spend any time in hospital throughout my life. Ian was in surgery for four and a half hours, when I was finally able to see him, he was in ICU.

I’d never seen so many tubes and machines. He was totally out of it. Drifting in and out of consciousness. I adore my husband, but after seeing him like that the love dialed up even more.

A further seven days recovering followed. Each day looking better, eating, and getting back to his witty self. Getting him back home was the best feeling. We are so grateful to the amazing team at Macquarie University Hospital, the surgery was a success, but the recovery was the longest, hardest road.

I suppose we both expected that Ian would wake up and all of the symptoms would dissipate immediately. That he would instantly feel relief and be back to his normal self again. Unfortunately, this wasn’t the case.

Ian’s body had been under such immense stress that it took months to re-calibrate. He still had the headaches but was down to taking pain killers just once a day.

We shifted focus to more meditation, posture alignment through the Feldenkrais Method, plant-based diet, gentle exercise, and began socialising again. Slowly but surely Ian got there, and there was one method which really made Ian turn the final corner.

We watched a fascinating documentary called Heal on Netflix we’d stumbled across where scientists and spiritual teachers discuss how thoughts, beliefs, and emotions impact human health and the ability to heal.

After watching this, we decided to book Ian in with a spiritual healer. Two years ago, Ian would have rather poked his eyes out with a pin than do anything spiritual (like many he is a real sceptic), but now, he is open to anything.

He spent an hour lying on his back, being spoken to in the ‘light language’, and his body was encouraged to heal and align following the physical surgery he had been through.

He slept well that night – and from that day hasn’t touched a pain killer.

I’m happy to report that Ian is now 99.9% healed, with the odd headache giving him a nudge to remind him he’s, like the rest of us, mortal.

To this day we still don’t know how Ian obtained the tear, he was simply sat writing an email when it first struck.

Do we ever want to go through this again? Hell no!

Would we go through it again if we had to? Hell yes! Yes!

Wondering why? Well, let me explain …

When your health is taken away from you, when your loved ones are hurting, you realise a few things:

Please Listen to Your Mind and Body

Ian did. It changed the course of our lives (and my career passion) dramatically.

Having seen proof of the enormous power of healing ‘unseen’ body and mind connections – and how even the smallest change can impact every part of our lives for the better – I quit my job.

Then, dived head-first into months of intense education of ‘how’ – ‘why’ and ‘what’ we need to do to tap into those connections – and optimise each and every part of our lives.

I became an One2One Holistic Health & Wellbeing Coach and it’s the most spiritually rewarding work I’ve ever known. The techniques used are simple and life-changing.

If you’re in a rut, feeling out of sorts, or unhappy with how things are playing out – act on it – lean on someone who can help.

You only get one life, it’s your ‘obligation’ to live it. 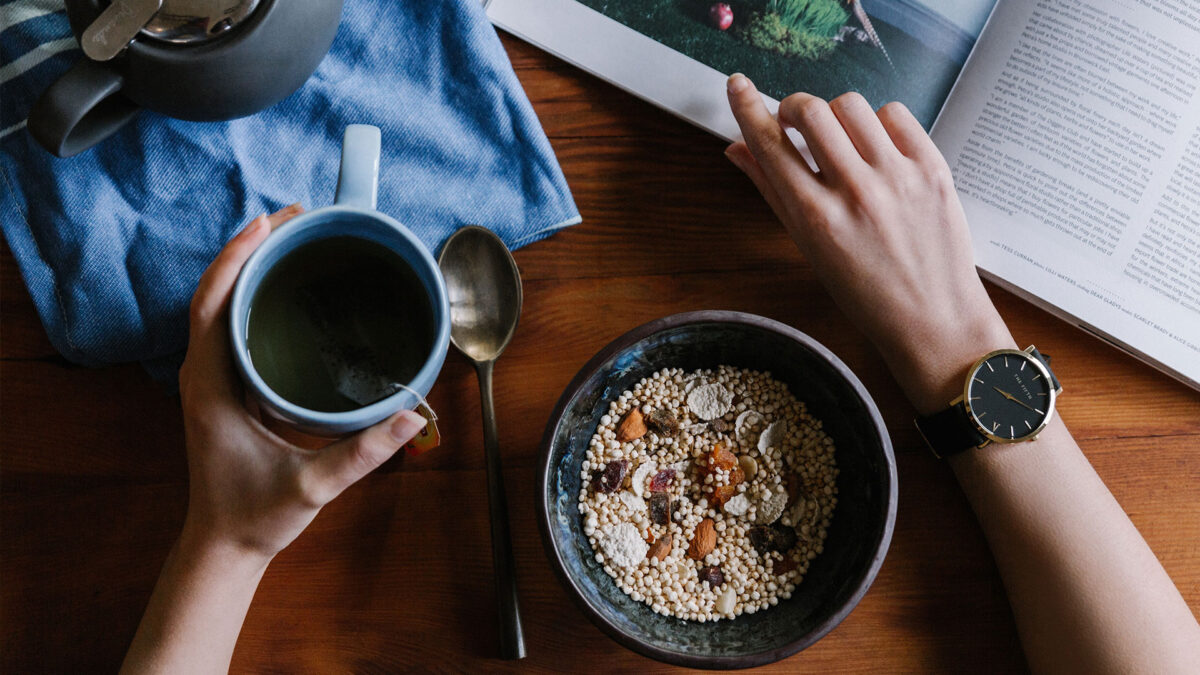 Your Health IS Your Wealth. Plain and Simple 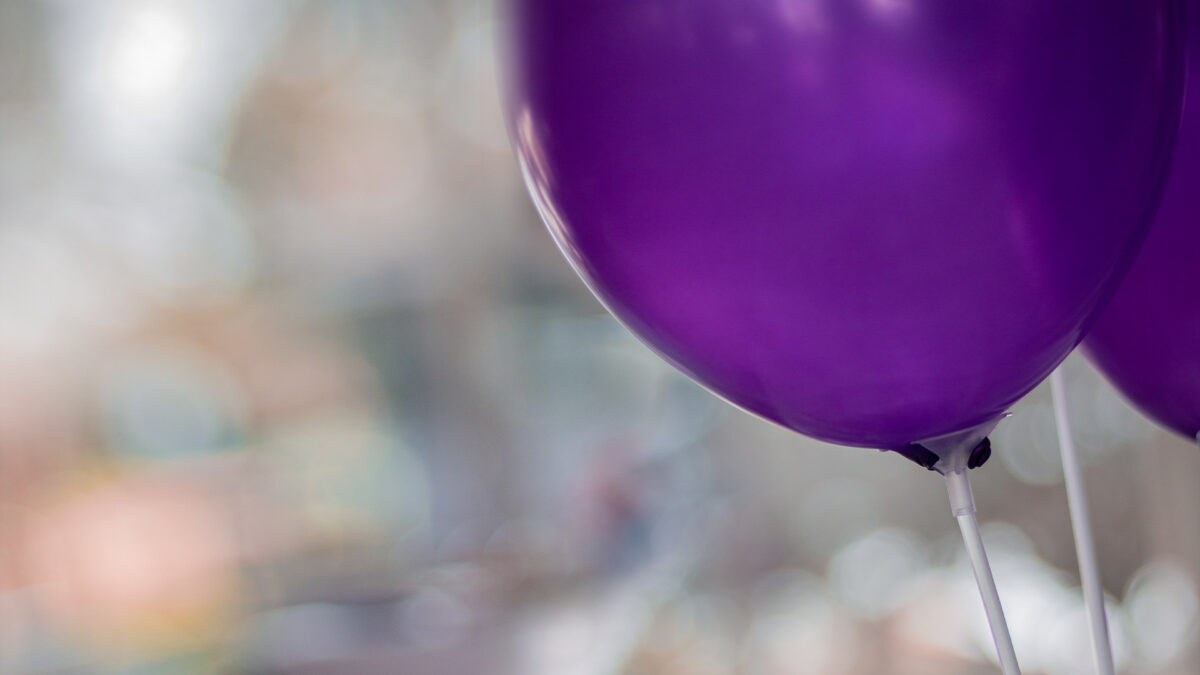 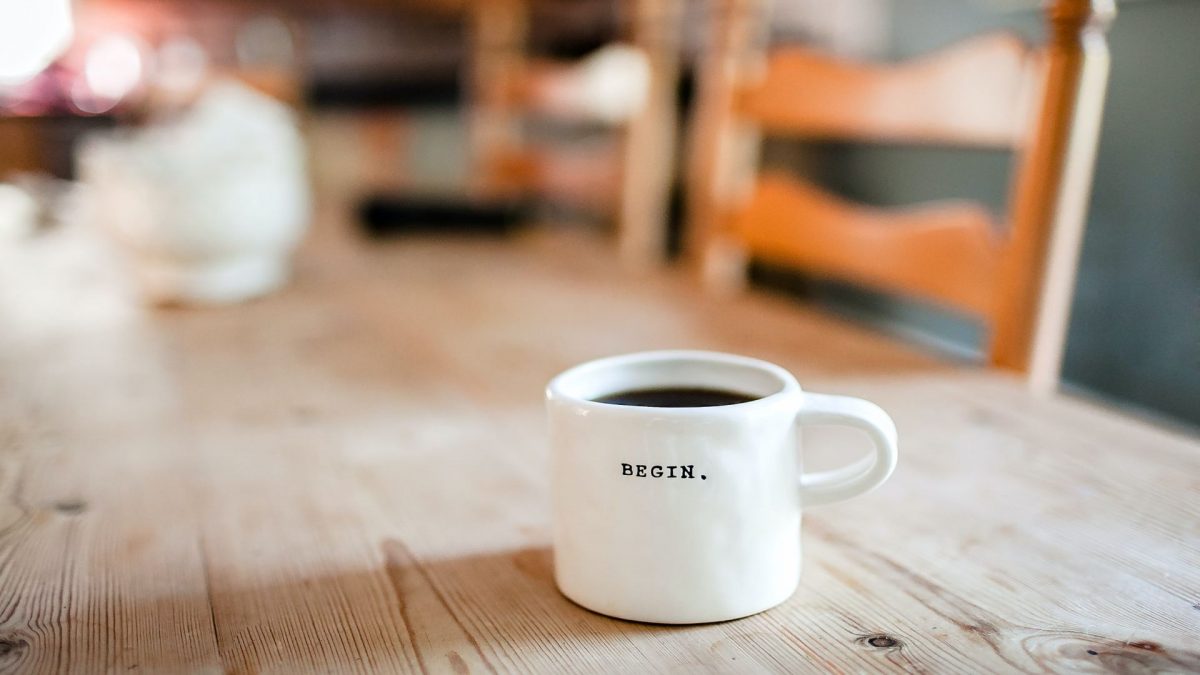 Why the ‘Wrong Mindset’ is Causing your Goals to Fail 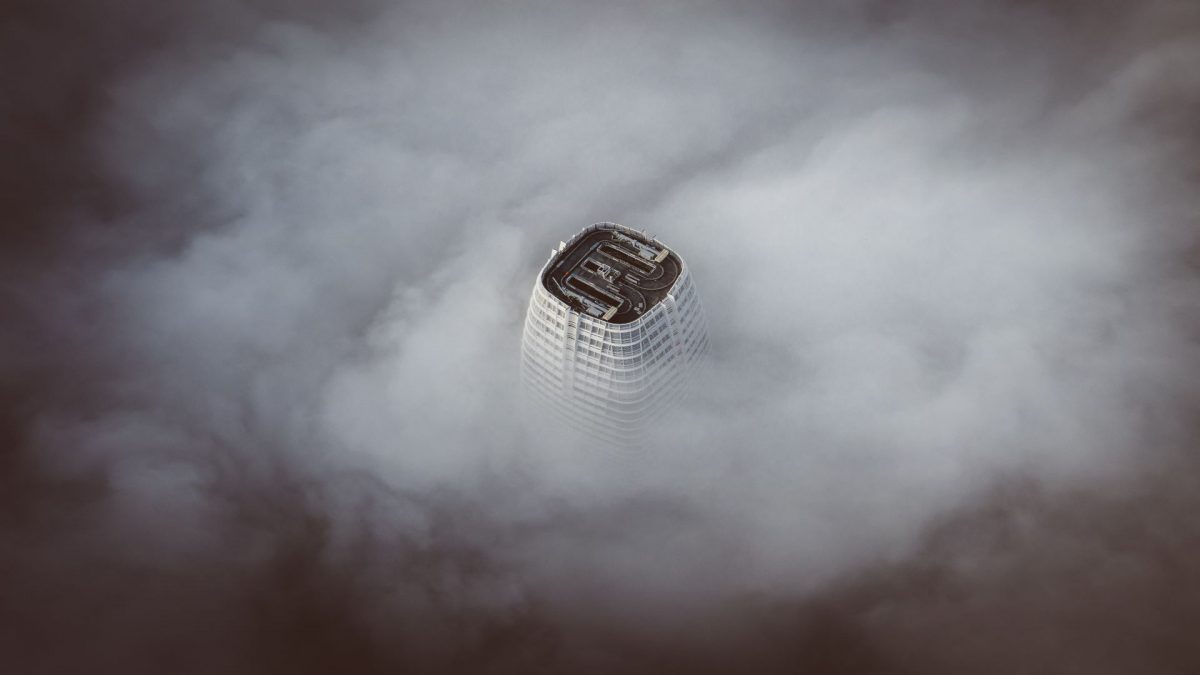 Thank You, Salesforce. What a Ride! 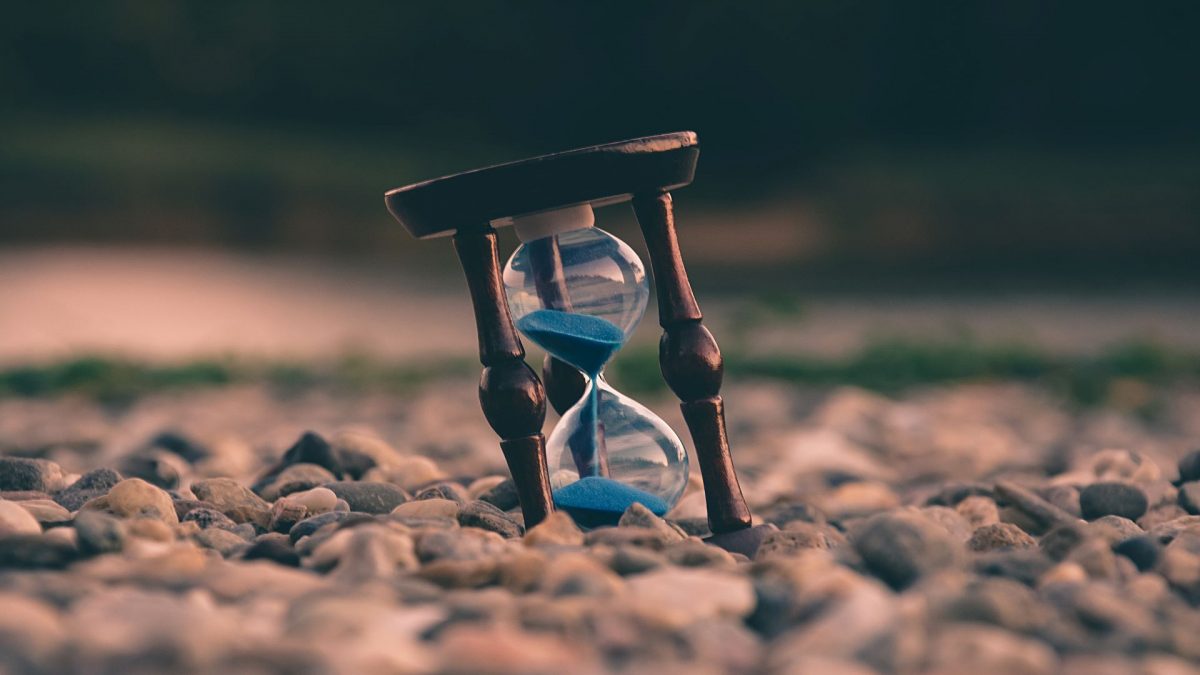 Why am I here and what’s the Agenda?